If you stumbled over here confused about whether or not agave plants are a type of cactus and belong to the cactus family – let’s do a quick jump to the end of the book and give you the spoiler: no, they are not.

Agaves and cacti certainly are not one in the same. Agaves are not cacti, agaves don’t belong to the cactus family. None of these things are true.

That being said – if you arrived here feeling your curiosity hasn’t been explained away, and are wondering why you might have thought the two types of plants belonged together in the same category – I’m here to tell you thinking agaves and cacti somehow belong together isn’t an uncommon thing.

I have a feeling a lot of people who have this intuition, of the two types of plants being a part of the same family, typically have it for the two very same reasons a lot of people seem to believe aloe vera plants might be a type of cactus (spoiler alert again: they are not).

What are these two reasons?

Reason 2 – Agaves are spiky, and cacti have something similar; spines. These two types of succulent plants both having sharp, prickly bits may have led you to believe agave must be some type of cactus.

But the spines on cacti and the thorns on an agave are a bit different. I’ll get into how later in this article in case you’re interested.

Let’s deep dive into these two reasons you might’ve believed agaves to be a part of the cactus family separately, starting with the first.

While Agaves Are Not Cacti, Agaves and Cacti Are Each Different Types of Succulents

Considering how popular succulent plants have become in recent years, it’s likely you already have a good understanding of what these plants are, whether you realize it or not.

When I say the words “succulent plant” you likely immediately visualize a stout-leaved plant, way more thickly leaved than nearly any other type of plant you’d typically encounter.

If that was the case, your visual representation of succulents is spot on.

As Wikipedia defines them – succulent plants “are plants with parts that are thickened, fleshy, and engorged, usually to retain water in arid climates or soil conditions.”

So not only is your visual representation accurate, it also hits on the main aspect of succulent plants that ties them together and differentiates them from other plants. Even the word “succulent,” after which these plants are named, comes (quite intuitively, so I’m sure you’ve guessed) “from the Latin word sucus, meaning ‘juice’, or ‘sap'” (source is again Wikipedia).

Why on earth do succulent plants have this quirky feature – having such fat, fleshy leaves? One last time to the very same Wikipedia post – “Succulent plants may store water in various structures, such as leaves and stems.”

It’s for water storage. Sort of like how camels store fat in their humps for really tough times when there are droughts and food is sparse. Succulents save up water in their leaves for long dry spells without rain, as they are native to places where water can be sparse.

Being able to store water in their fleshy leaves (and stems!) allows them to survive without water much longer than many other plants.

You may have heard people say the words “cacti and succulent” before, and it’s technically speaking a misnomer. Cacti are succulents, so you’re basically saying the equivalent of “Cats and animals” – a bit redundant since cats are already included in the classification “animal.”

But people often say “cacti and succulents” because colloquially it makes sense. When people search for succulent plants to add to their collection, typically they’re not looking for the subsection of cacti, and similarly, when people look for cacti, they typically like to search through these plants separately, as they are different enough from other succulents that – if you like and are interested in cacti – you probably want to just concentrate on cacti.

So agaves – they fit into those “other types of succulents.” And cacti, well they’re a type of succulent that’s super unique and typically relatively easy to identify. Usually, except there are visual overlaps, and one in particular may have thrown you off in this case – those really painful thorns on an agave that may have made you feel they’re possibly a part of the cactus family. So let’s delve deeper into that right now.

Agaves & Cacti Both Have Thorns, Spikes, Prickles, or Spines on Them

The presence of those prickles or thorns on agaves make them reminiscent of cacti, whose main feature in my opinion is those aggressive spines.

What sets them apart? How can you tell agaves and other succulents with spiky bits are not actually cacti, but rather different types of succulents that don’t belong to the cactus family?

David Beaulieu for The Spruce points out these helpful differences that you can spot:

So unlike an agave, which is pretty well near all leaf, cacti have few or no leaves whatsoever.

Second visual difference: a cactus plant’s areoles, which are rounded indentations in cacti that spring spines (colloquially known as “thorns”).

So unlike agaves, where the really spiky bits of the plant line the sides of the leaves (leaves which cacti don’t typically have in the first place), cactus spines come from indentations in their stems, the areoles, making them visually a little different.

If you look closely for these indentations on a plant and notice the spines come from them, this difference alone should be able to tell whether the plant is a cactus or not. Indentations exist and spines come from them? Likely a cactus. Spines on a leaf? Probably a different type of succulent, one that’s not a cactus, but that has thorns making it look more visually similar to a cactus nonetheless.

Other Plants Sometimes Mistaken for Cacti or Agaves

There is a rule of thumb, however. For an explanation of the difference between an aloe and an agave, I’ll direct you to a quote from Home Guides from this article written by Susan Peterson:

The leaves of the aloe are fleshy. For example, if you break open one of the leaves of an aloe vera plant, it will ooze its valued clear gel. Agaves, by contrast, are more fibrous. Though they do store water in their leaves, as do all succulents, agaves are shot through with tough, stringy fibers.

So based on this description, and based on my experience, it’s a little harder to spot but you’re looking for rounder, more fleshy looking leaves – and if you see those, you’re probably looking at an aloe plant.

Versus agaves which have flatter, thinner leaves – still incredibly fleshy in comparison to non-succulents, but not as fleshy, “rounded,” and plump looking as an aloe plant’s leaves.

I do think the more you look at pictures of aloes and agaves, the more you can see it, but again, it’s really not as easy to spot as the difference between cacti and other succulents, at least not in my opinion.

Your Thoughts on Agaves VS Cacti?

Did you think agaves were cacti for either of the two reasons I mentioned above (the fact that they’re both succulents or because both have spines/thorns)?

Was it a combination of both instead of one of the two? Was it something else that made you believe they might be cacti?

Are there any other plants you feel are similar enough to cacti or to agaves that you think they’d be confused for being the same quite easily? Did you realize aloes and agaves were different?

Do you think you’ll be able to spot the difference between aloes, agaves, and cacti now? Do you have any tips for others struggling to see the difference visually?

Love to hear any and all thoughts you have on the topic in the comments down below!

« Cute Clay Bowl Planter Succulent Cutting Arrangement
How Do Palm Tree Roots Grow? How Deep & Wide? Can They Cause Damage? » 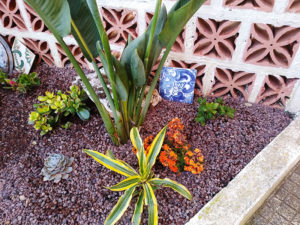 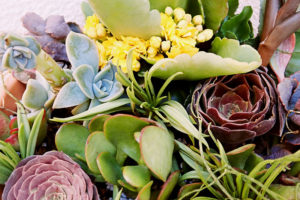 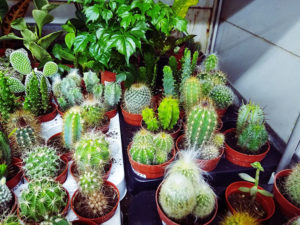